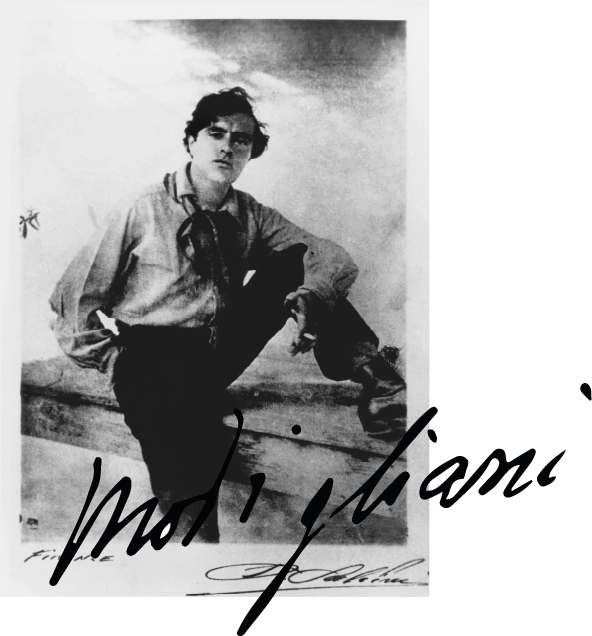 Amedeo Clemente Modigliani, also known by the nicknames of Modì and Dedo, was born in Livorno on 12 July 1884 from a Jewish family, youngest son of three and a daughter, the father Flaminio Modigliani Livornese, descended from a family originally from Rome, and his mother Eugénie Garsin, born in Marseille but from a Livorno family for several generations, both atheists. When he comes to light, the family is going through a serious economic failure because the enterprise of his father, made up of some agricultural and mining companies in Sardinia (especially in Buggerru, in Grugua, in Sulcis-Iglesiente), is bankrupt. The Garsin family’s financial situation is not so positive too. It is above all the resourcefulness of the mother to prevent the economic collapse of the family, thanks to the revenues from the nursery and primary school she founded, from private lessons and from the activity of translator and literary critic. In addition, she personally cares about the education of children. 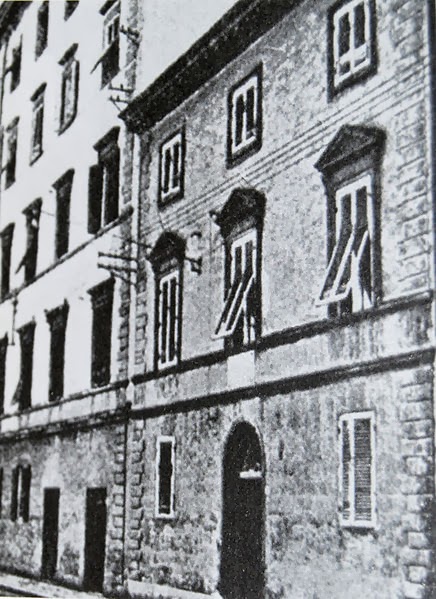 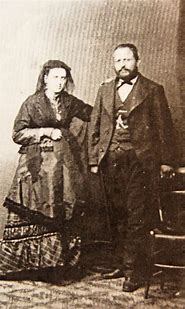 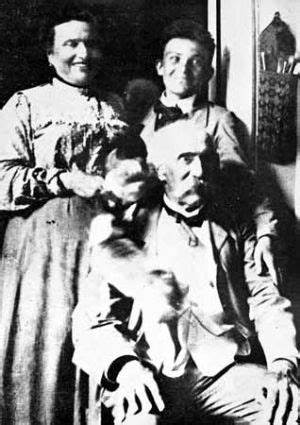 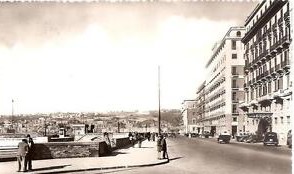 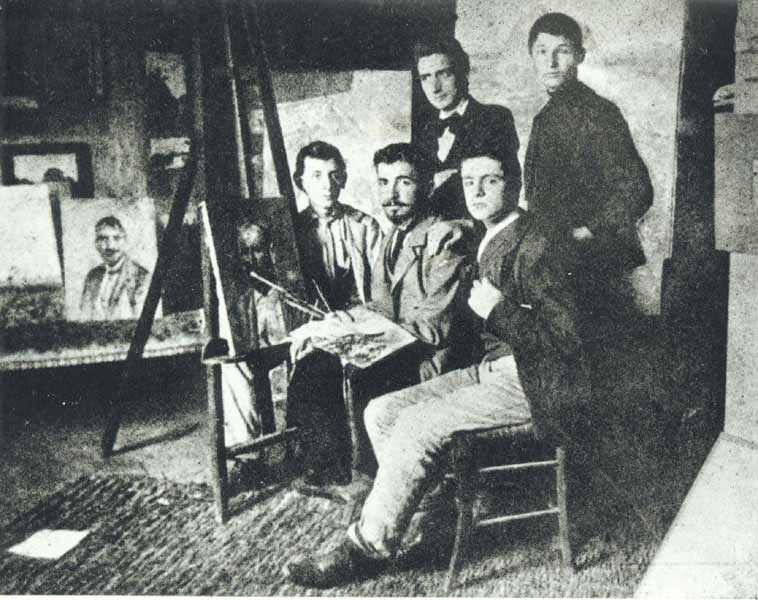 studio Micheli, Modigliani on the left

The studies from Florence,
to Venice and Paris

In 1902 Amedeo Modigliani enrolled in the "Scuola libera di Nudo" in Florence and one year later he moved to Venice, where he attended the same school at the Institute of Fine Arts. Thanks to his uncle Amedeo Garsin, in 1906 Amedeo Modigliani found the money to move to Paris, the international headquarter of avant-garde art . He rented a studio in Rue Caulaincourt, Montmartre, and the following year met surgeon Paul Alexandre, who became his friend and collector. Modigliani enrolled in the Académie Colarossi, but it is in the taverns of the "Butte", the most degraded part of the neighborhood, that art was being discussed, prospecting the new avant-garde of the '900. Here he met Pablo Picasso, Andre Derain, Diego Rivera, Max Jacob, Jacques Lipchitz, Chaïm Soutine and also the alcoholic painter Utrillo and the opium baron Pigeard, who fatally got him into drugs and alcohol. In Paris he also frequented important writers and poets, such as - for example - Giuseppe Ungaretti. In France he also met the painter Jeanne Hébuterne, destined to become his companion in life as well as muse for his paintings.

The passion
for black sculpture
and the failures

In 1909 he met Constantin Bràncusi, presented by Paul Guillaume, a young and ambitious art dealer, who was interested in his work on black sculpture. The friendship with Brancusi is also very important for the orientation, albeit short-lived, that Modigliani has towards sculpture, archaic art and the Negro art. A series of sculptures by Modigliani is exhibited at the Autumn Salon in 1912. Because of the dust generated by the sculpture, its tuberculosis worsens; therefore it abandons the sculpture, first the limestone one and then the wooden one and concentrates only on the painting, going so to produce a remarkable quantity of paintings, from which, however, he does not get any wealth. His first solo exhibition took place in 1918 at the Weil Gallery, but his paintings (amongst them "Nude with coral necklace","Red nude") were judged indecent and consequently the closure of the exhibition was ordered. 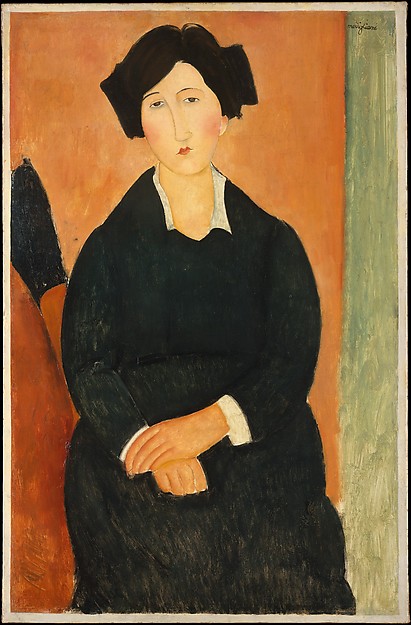 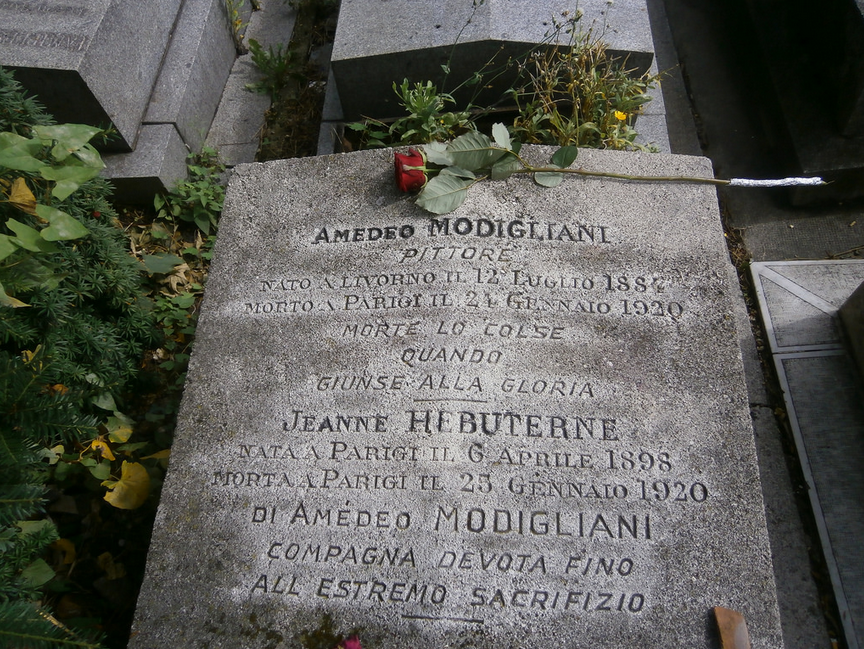 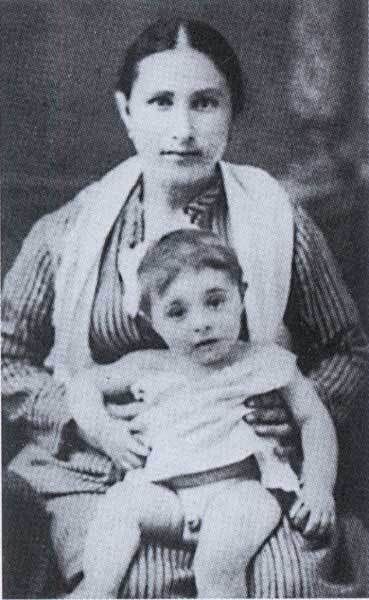 The start to painting
and the disease.

Modigliani from an early age shows a great passion for drawing, filling pages and pages of sketches and portraits, to the amazement of relatives; already in 1898, thanks to his mother Eugenia Garsin, he frequented the atelier of the painter Guglielmo Micheli, pupil of the "Macchiaiolo" Giovanni Fattori, one of the most prominent painters in Livorno, from whom he learns the first pictorial notions and where he knows Fattori himself. Modigliani is thus influenced by the movement of the Macchiaioli, in particular by Factors himself and Silvestro Lega. At the end of 1900 he fell ill with tuberculosis and was forced to move to the south, between Naples and Rome. 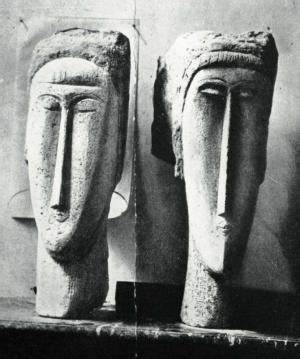 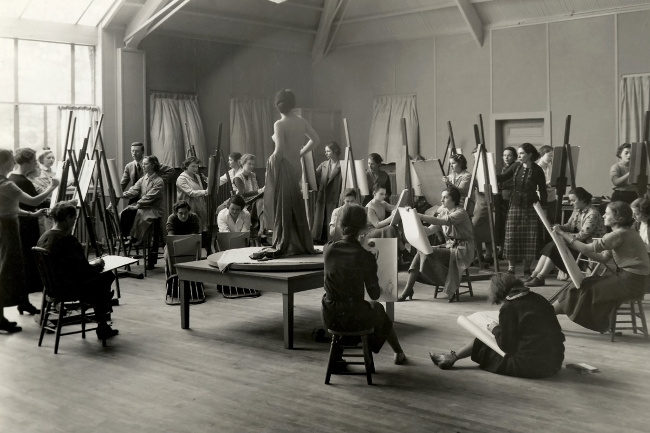 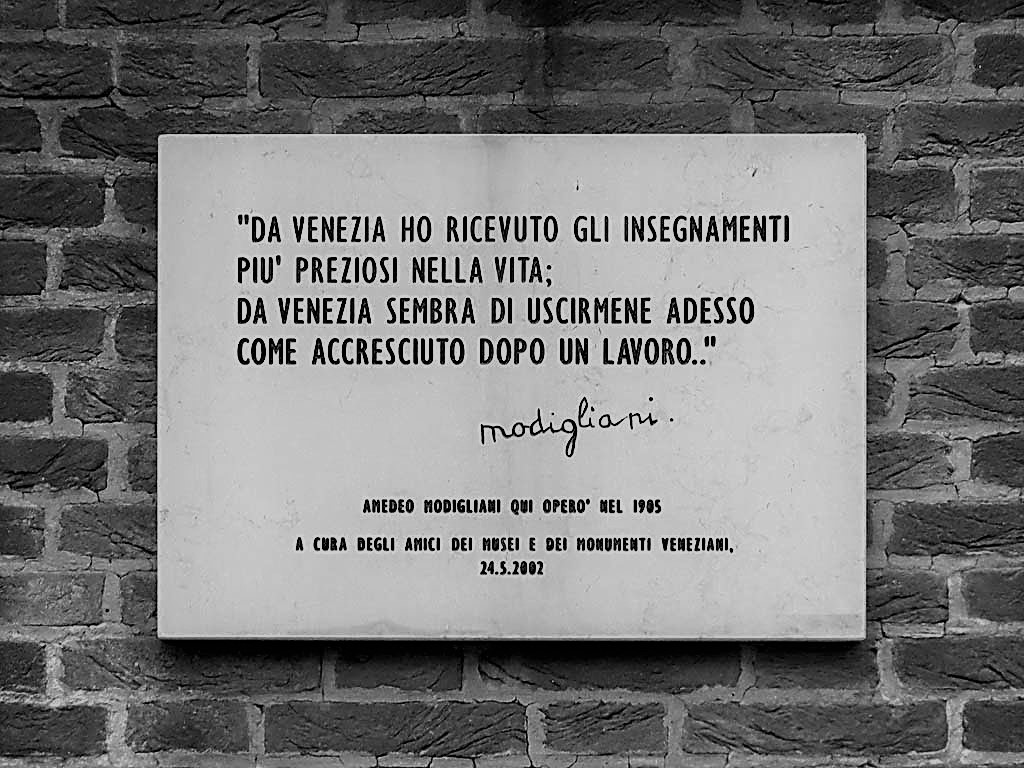 Initially influenced by the work of Henri de Toulouse-Lautrec, until Paul Cézanne changes his ideas, Modigliani develops a unique style: the originality of a creative genius, contemporary to the artistic movement of cubists, famous for its sensual female nudes and portraits characterized by stylized faces, tapered necks and often absent gaze. Modigliani is famous for his quick work: it is said that he completed a portrait in one or two sessions. Once finished, he never retouched his paintings. Yet, all those who posed for him told that being portrayed by Modigliani is like "being stripped of the soul". 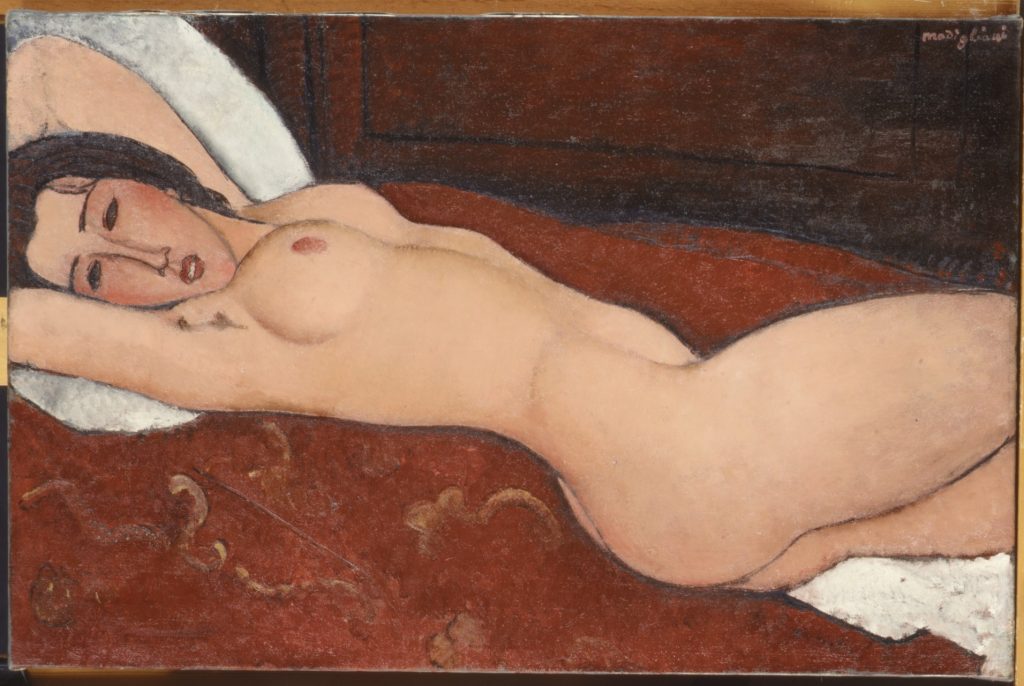 As a bohemian artist, Modigliani certainly does not disdain the drinking and use of harmful substances, thus compromising his unstable physical health already undermined by tuberculosis, which in fact leads him to death at the age of only thirty-five, at the peak of his success. One morning in January 1920 the tenant of the floor below controls the house and finds Modigliani delirious in bed, surrounded by numerous cans of open sardines and empty bottles, while clinging to Jeanne, almost to the ninth month of the second pregnancy. A doctor is summoned, but there is now little to do, since Modigliani is in the throes of tubercular meningitis. Hospitalized at the Hôpital de la Charité, delirious and surrounded by close friends and the tormented Jeanne, he died at dawn on 24th January 1920. Upon Modigliani’s death, a large funeral was organized, attended by all members of the artistic communities of Montmartre and Montparnasse. Jeanne Hébuterne, who had been taken to her parents' house and pregnant with her second child, throws herself from a fifth-floor window the day after Amedeo’s death. Modigliani was buried in the cemetery of Père-Lachaise in the early afternoon of 26th January. Jeanne Hébuterne is buried the next day at the Parisian cemetery of Bagneux, near Paris, but only in 1930 her family, embittered for having her buried stealthily in order to avoid further "scandals, allows her remains to be put to rest next to those of Modigliani.

The conception of his painting based on linear drawing, the archaic purity of his sculpture and the romantic and troubled life of misery and ailments, make Modigliani an exceptional personality in the setting of modern art, isolated from the currents of contemporary taste (cubism, futurism, dadaism and surrealism), while operating in their own period. Today, Modigliani is universally considered as one of the greatest artists of the twentieth century and his works are exhibited in the largest museums worldwide and sold in the most important auction houses.